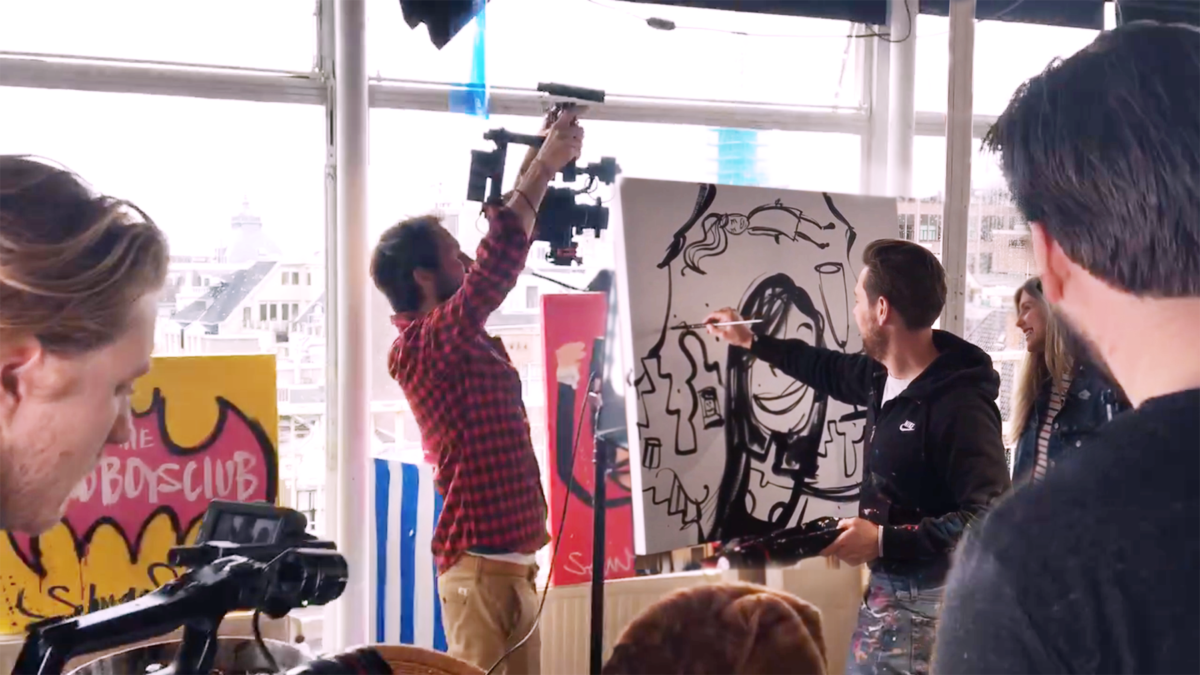 Another expertise of MotionPark is directing with the multicam principle which means that at the same time different cameras are recording an event, show or television program. After the event, the material is loaded into special editing software to synchronise image and sound. One example of a “multicam” project is the television show format Champagne  in the Morning, which we developed with Murray Media. Currently we created two television pilots of the show. We where responsible for directing, editing and creating the motion graphics leader.